Tell me if this sounds familiar.
You’ve developed a thorough plan to educate citizens about your city’s or county’s draft budget. The plan is so good, in fact, that it just might be a TAMI Award contender next year!

But wait — your killer efforts were just scuttled by local newsrooms that didn’t get the story right. Stories so mangled that Nextdoor groups and social media comments are beyond repair. City management is under fire, and your elected officials are being criticized before they’ve even discussed or voted on the proposed budget and tax rate.

In one reckless news cycle, your TAMI dreams are dashed and you’re now the meme-worthy hat-wearing dog surrounded by fire saying, “This is fine.”

I wish this was a far-fetched scenario, but we know it’s not. So, how can we give ourselves a better chance of local reporters — usually young and numerophobic — understanding a draft budget and the different parts of a tax rate before they ever sit down to write their stories?

In College Station, we host an annual Budget 101 for representatives of every local newsroom.  We schedule it just before our city council gets its first look at the draft budget and proposed tax rate. Why bother? Because if we can get reporters comfortable with the content before they walk (or Zoom) into the council meeting, they can then pay attention to the actual conversations rather than try to figure out what’s happening in real time and writing stories they don’t really understand. If we help them get their first budget story right, odds are they’ll borrow from that story over and over. It’s all about helping them nail the first story, friends.

Here are excerpts from a pre-pandemic invitation I sent to newsrooms:

The College Station City Council will get its first look at the proposed fiscal year 2019 budget and tax rate at its Thursday, Aug. 9, workshop meeting.

Then during the week of Aug. 20, a series of budget workshops will occur so the council can have a much more detailed discussion about all aspects of the draft document. Final adoption of the budget and tax rate is scheduled for Sept. 27.

Some of you are familiar with this annual invitation, while this will be new for others.

We invite you to meet with us a few hours ahead of the Aug. 9 council meeting to get a preview of the proposed budget. The intent is to explain the nuances contained in the budget book so you’ll understand issues, terminology, decision points — and math! — before you ever walk into the city council meeting or scheduled workshops.

Budget 101 is perfect for asking basic questions and not being embarrassed about it. If we can help you craft an accurate first story, then chances are your subsequent stories will be solid too — and that’s good for all of us.

This is not a press conference, just an informal meeting (usually, about an hour) to help you get ready for the staff presentation and comments that will come during the afternoon council meeting.

NOTE: I only ask that you refrain from running any stories containing details from our discussion until after the council hears this item during its 5 p.m. workshop meeting.

Please let me know if you and/or a coworker will attend, and the budget staff and I will look forward to seeing you then.

Who’s at the table?

Reporters, editors, news directors, and morning talk show hosts gather around a conference room table at city hall while our city manager’s office and budget office guide everyone through an easy-to-understand version of the presentation that will be given to the city council. We share a copy of the proposed budget and slide deck full of charts, and give them a CliffsNotes (look it up, kids) summary from which they can pull numbers and phrasing for their stories. The summary touches on areas such as property valuations, our budget strategy (what we’re trying to accomplish, and why it makes sense), tax rate, where key service level increases are being proposed, compensation/benefits, capital projects, and a calendar of next steps.

Want a copy of our summary? Let me know and I’ll gladly send you one.

How we know Budget 101 works

We’ve hosted 11 of these sessions since I joined the City of College Station and I can confidently say we’ve received remarkably fair and accurate coverage in all but one year — a single whiffed television story by a new reporter was fixed later, but the damage had already been done. Still, 10 years of success out of 11 is pretty good. So good, in fact, that our CMO and budget staff see the value in these sessions and have bought into the effort. The journalists are beyond appreciative of this genuine opportunity to help them understand a complicated process and accurately report on it. And, quite honestly, it makes for more accurate budget reporting for the county, local school districts, and our sister city.

Full disclosure: I created these Budget 101 sessions because, as a former reporter, I struggled to understand how all the moving parts in a $380 million budget worked — and I still do! These sessions help me as much as they help reporters, and they build tremendous goodwill for our organization.

Don’t believe me? Then believe these media reps

“The Budget 101 media workshops hosted by Jay and College Station city staff are amazing opportunities for reporters to ask the ‘dumb’ questions and fully understand how the city uses taxpayer dollars. Those off-the-record conversations are honest. Any reporter paying attention during their briefings will come away with a dozen story ideas. Those frank conversations can sometimes be passionate. I remember a workshop where I tried very hard to get a specific answer about staffing in a certain department and city staff deflected. Jay was helpful in facilitating the discussion that allowed for staff to explain why specifics didn’t matter and me to explain how viewers will interpret a deflection. We settled in good place and I’m appreciative of the safe environment to share honest opinions.” — Michael Oder, assistant news director, KBTX-TV

“I’m a reporter who covers city government for two municipalities — one which does not offer a Budget 101 session and the other being College Station which prioritizes this critical resource. I have noticed a major difference in my ability to report on College Station finances compared to the other city as a result of this meeting time with city staff members and local reporters. The Budget 101 sessions open the door for me to easily and accurately dig into important components of the city’s finances from the beginning, rather than having to scramble through hundreds of pages the night the budget is released. It also helps me to give readers more information throughout the entire budget season, since I have a stronger foundation of understanding and do not have to waste time trying to understand the basics.” — Megan Rodriguez, reporter, The Eagle

By the way, we’ve used 101 sessions for other complicated and potentially controversial issues. Same proactive formula, same kind of success. It’s part of our philosophy to get out in front of things as often as we can.

All of this takes work and considerable buy-in from the right people in your organization, but the results we’ve experienced, along with the newsroom relationships we’ve strengthened, has made Budget 101 completely worthwhile in College Station for more than a decade. 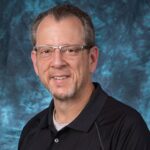