Beyond the TAMI Award – Communications Planning

The panelists’ email address is next to each person’s biography below.

Have you ever wanted to pick the brains of the people behind TAMI Award winners?  Well now you can in this month’s webinar. The webinar will focus on the communications planning category. Hear from the producers of some of those award-winning entries and bring your questions! 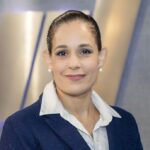 Xochitl is a born communicator. With seven years of experience in Hispanic marketing and public relations gained at the nation’s first, largest, and leading Hispanic ad agency (Sosa, Bromley, Aguilar, Noble & Associates), Xochitl also has over 17 years as a spokesperson and public information officer with municipal governments along the Texas-Mexico border region, including the City of Laredo and the City of McAllen.  Xochitl’s outreach has always been bilingual and bicultural.  She has represented clients as diverse as Western Union, Ford, Mariachi Vargas de Tecalitlán, and the San Antonio Spurs.  Xochitl has also worked with community partners including local school districts, the United States Border Patrol, the local Boys & Girls Club, and the Juneteenth Coordinating Committee.  She has coordinated everything from a city-wide gala to a press conference to a concert. 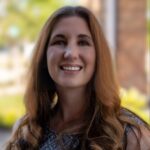 DeAnna is the director of community services for the City of Burleson, where she oversees marketing and communications, library, senior activity center, strategic planning, and legislative affairs. She has worked in municipal government for 14 years, serving the cities of Keller, Texas, and Roswell, New Mexico, in roles that range from special event coordinator to economic development director to public affairs director.  She is married to Jonathan Phillips, who also works in local government and together, they have two really cute kids. In her free time, she likes to anger the general public with her insistence to place roundabouts everywhere in her community, refusing to offer teens fun things to do, making sure road projects are always delayed, and forcing people to wear masks. 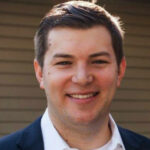 A 2011 graduate of Virginia Tech, Ryan joined the NBC affiliate in Roanoke, VA, out of college and spent three years there as a news producer. In 2015, he received a Capital Emmy nomination for his work. As managing editor for the City of Arlington Office of Communication, he currently oversees the City’s COVID-19 communications and outreach, editorial content, award submissions, social media pages, and marketing content for major economic development projects and the 2020 Census campaign. Ryan also produces video content for the City’s government cable channel and Arlington recently received a Lone Star Emmy Award for its FY2020 Budget Video. Ryan is the proud parent of two cats, a blind rescue pug named Rosie, who you can follow on Instagram @thepugsnug, and has an unhealthy obsession for movies. 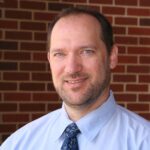 James Kunke joined the City of Lewisville in August 2002 as its community relations manager, having previously spent three years in Southlake as the public information officer. He currently is the City’s director of community relations and tourism. In those roles, he has developed comprehensive communications programs that include print materials, electronic media, websites, municipal-access television, public education programs, strategic planning, and extensive media relations. He also serves as director of the city-operated Convention and Visitors Bureau and oversees the City’s public art program and legislative outreach efforts.

James spent 11 years in the newspaper field as a reporter and later as an editor of community publications operated by The Dallas Morning News and the Fort Worth Star-Telegram. He also is proud to be a fifth-generation Texan with roots in the state stretching back to the 1850s.  James served six terms on the executive committee and is a former president for the Texas Association of Municipal Information Officers (TAMIO).