Changing the Way We Communicate Change

In your current or past role have you ever had to communicate a change? Did it go well? If it didn’t, did the communications team get the blame? Communication leaders are under constant pressure to influence stakeholder perceptions and behaviors to drive outcomes for their organizations. But getting people—whether city staff or residents—to modify their habits and embrace a change goes beyond normal everyday strategies. In this webinar, learn the building blocks to implement successful change and why communications departments need to include change management strategies in their everyday work. 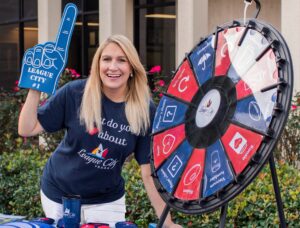 Sara has 13 years of experience in the government sector in both municipal and school district communications. The last three years, Sara has worked as the director of communications in League City, a growing suburb just south of Houston with a population of 112,000. During her short time in League City, Sarah has acquired several TAMIO and SAVVY awards for her communication efforts.

Before League City, Sara worked for 10 years as the Director of Communications at the Houston Independent School District, the largest school district in Texas. During her time at HISD, Sara also served as the district’s change management leader for numerous large-scale initiatives including the implementation of a districtwide K-12 digital learning platform and the distribution of take-home laptops for students at HISD’s 42 high schools.

Sara had a successful 15 year career in television—working as both a news reporter, anchor, and as a producer for several nationally syndicated shows including Dateline, The Dr. Phil Show, and Texas Justice.

Sarah has a Journalism degree from the University of Florida and an MBA in Leadership and Change Management from Concordia University. She is also a successful graduate of the Certified Public Communicator Program at Texas Christian University and Prosci’s Change Management Certification Program.

This webinar is complimentary, but you must register.